Passion and commitment coming together to innovate
and accelerate pancreatic cancer research. 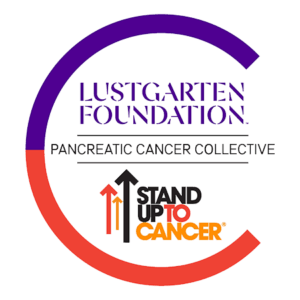 Through the Collective, we will

Since 2012, the Lustgarten Foundation and Stand Up To Cancer have funded more than 170 investigators across 28 leading research centers in both the United States and United Kingdom. These efforts include four Dream Teams and five Research Teams, including two Convergence Teams bringing together computational experts with clinical oncologists. Cancer Interception, research supporting the earliest diagnosis of pancreatic cancer, is the focus of one of the Dream Teams and one of the Research Teams. All told, these collaborative teams have planned, started or completed 22 clinical trials. The Pancreatic Cancer Collective will build on this momentum and push the boundaries of what can be accomplished even further.