The Accomplished Nonprofit Executive will Focus on National Expansion 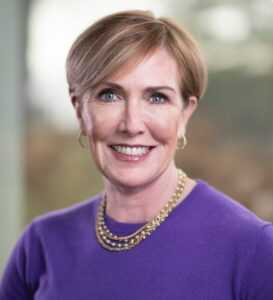 The Lustgarten Foundation today announced the appointment of Linda Tantawi as Chief Executive Officer. As CEO, Tantawi will expand the organization’s national presence to achieve its mission of finding a cure for pancreatic cancer. Since 1998, the Lustgarten Foundation has been at the forefront of advancements in understanding the disease and developing new and more effective treatments.

Announcing Tantawi’s appointment, Foundation Chairman Andrew Lustgarten said: “With the incredible vision of the Foundation’s previous leaders, we’ve made important strides—taking pancreatic cancer from an unsupported ‘orphan disease,’ to one that is now supported by a robust research program. Linda’s leadership skills and extensive experience in fundraising for national cancer nonprofits will help take the Foundation, and the research we support, to the next level.”

Tantawi previously served as CEO of Susan G. Komen–Greater New York City, the largest affiliate in the Komen network, where she built a reputation as a tireless patient advocate, innovative fundraiser and inspirational leader. Prior to her role at Komen, Tantawi was the Executive Director of the CJ Foundation for SIDS (Sudden Infant Death Syndrome), a national charitable organization dedicated to recognizing the special needs of the SIDS community through funding research, support services and public awareness programs. Tantawi also served as Chief Development and Communications Officer and, later, Acting President and CEO of Volunteers of America-Greater New York, which provides supportive housing and social services in the Greater New York area.

“Building passionate, engaged and effective communities through philanthropy is my life’s work,” said Tantawi, “and it’s an exciting time to bring these skills to Lustgarten. The Foundation’s work over the last 20 years has built the scientific foundation from which advances in early detection and more effective treatments for pancreatic cancer will be based. My priority is expanding the Foundation’s engagement of key stakeholders to grow our national footprint, which ensures the continued success of the research-to-treatment pipeline. And, ultimately, providing the gifts of hope and time for pancreatic cancer patients and their families.

“I am grateful to Andy Lustgarten and the Board of Directors for entrusting me to fulfill the promise of our mission.”

Tantawi succeeds Kerri Kaplan, who will continue in her role as president.

A Message From Linda