We are here to empower you to ask bold questions, seek out the best treatment options, and face the unique challenges of pancreatic cancer head-on. We want to give you the resources and information you need to make informed decisions that are best for you. 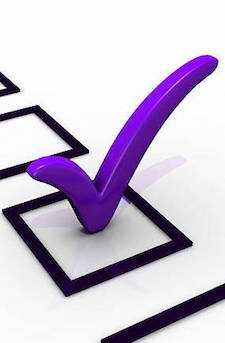 August 1, 2018 ladmin
As overwhelming as a pancreatic cancer diagnosis is, it is important to act quickly and put a treatment plan into place. Treatment should ideally begin within one month after you receive your diagnosis. Understand your disease. Thoroughly understand what stage of pancreatic cancer you have and inquire about having your blood and tumor genetically sequenced. […]
Learn More

July 20, 2018 ladmin
LET’S WIN! Pancreatic Cancer A Dynamic Way to Share Information Recognizing that there is an urgent need for patients to communicate amongst themselves and with the medical community about potentially life-changing treatments and clinical trials, we are proud to be affiliated with Let’s Win. Let’s Win is an interactive online community where patients and families […]
Learn More

July 7, 2018 ladmin
Pancreatic Cancer Connections is online social community that provides a safe space for pancreatic cancer patients and their loved ones to share their experiences, get valuable coping resources, and support one another. Patients interact with others who are facing a pancreatic cancer and can post questions to the board or message other members privately. This community forum is a valuable resource for patients, caregivers, and their loved ones to refer to at various stages of their treatment and recovery. Patients and loved ones can sign up for Pancreatic Cancer Connections at no cost and will be welcomed into an engaging and supportive community to discuss topics including treatment options, nutrition, and coping with the disease. Pancreatic Cancer Connections is hosted by Inspire, a leading healthcare social network that connects more than 1,000,000 patients and caregivers.
Learn More

The inaugural winners of the Lustgarten Foundation-AACR Career Development Awards for Pancreatic Cancer Research in Honor of Ruth Bader Ginsburg and John Robert Lewis were announced at the 2021 AACR annual meeting. For Dr. Avery Posey it was a bout with chickenpox when he was in 4th grade that spurred his interest in science. He was quarantined in one room for about a week and still remembers his grandmother lovingly applying calamine lotion to his blisters. “I was miserable, itchy, missed school, missed my friends, and all I kept thinking was there had to be a way to prevent this,” Posey says. A few years later, the chickenpox vaccine was unveiled and “most kids today don’t even know what chickenpox is,” he continues. “I thought for a while I wanted to be a doctor, but I realized in undergraduate school that real important changes in how we look at disease and treat disease is due to research.” Dr. Dannielle Engle thought she was going to be a violinist, a virtuoso maybe along the lines of Joshua Bell. She started college majoring in music, but switched gears and wound up majoring in biology. When she took a low-level job in a research lab while still an undergrad, it was the fruit fly and its simple genetic structure as well as the creativity shown by the investigators with whom she worked that made her realize science was her calling. “I was a pretty good violinist, not great,” she laughs. “But I got completely hooked on my work in the lab and I knew at that point my future was in research.”

Welcome to LustgartenLIVE! a new quarterly series of webinars designed to bring you face-to-face with the best researchers investigating pancreatic cancer. Moderated by Andrew Rakeman, PhD , Vice President of Research, each webinar in the series will focus on a different aspect of the research funded through your donations. Hope is on the horizon! REGISTRATION IS NOW OPEN for Personalized Medicine: Transforming Treatment
Personalized medicine is an important and evolving research area for pancreatic cancer. By identifying patients’ own genetic and tumor make-up, as well as their specific mutations, physicians can create custom treatment strategies unique to each patient’s needs. Lustgarten-funded research is exploring various approaches and technologies for the most effective way to personalize medicine, including replicating 3D tumor cells in the lab to create organoids.

Clinical trials hold the promise of discovering new treatments and will bring us even closer to a cure. In fact, today patients are living longer from successful pancreatic cancer treatments, as a direct result of past clinical trials. If you have pancreatic cancer, a clinical trial may be your best option. Speak with your doctor to find out if a clinical trial might be right for you. Our Lustgarten and Let’s Win Clinical Trial Matching Service provides free and unlimited access to current, verified clinical trial information through our partner, Emerging Med. Patients and their loved ones can call 1-800-535-1867 Monday-Friday 8:30 a.m.-6 p.m.ET to speak with a Clinical Trial Navigator.

Gene-Targeted Drug Shows Promise Against a Form of Pancreatic Cancer

11. 5. 21 ladmin
There may be new hope for patients with a subset of pancreatic cancers tied to certain genetic mutations, a new study finds. The study involving 42 patients found that a “PARP inhibitor” drug called rucaparib (Rubraca), may replace chemotherapy in the up to 8% of pancreatic cancer patients whose tumors are marked by BRCA1, BRCA2 […]
Read More

Positive Thinking Is Powerful During and After Cancer Treatment

29. 4. 21 ladmin
In the fall of 2018, Teri Cettina began feeling a mysterious pain around her ribs. “I thought I had done too many ab exercises at the gym,” says the 55-year-old health writer from Portland, Oregon. When Cettina visited her doctor, her blood and urine tests came back normal. But over the next several weeks, the […]
Read More

26. 4. 21 ladmin
Mestag Therapeutics™, a new company developing innovative therapies and treatments for cancers and inflammatory diseases, has been launched with $11 million in seed financing. In collaboration with Cold Spring Harbor Laboratory (CSHL), Mestag is pursuing a first-in-class therapeutic strategy that focuses on cells called fibroblasts, which can impede the effectiveness of traditional cancer treatments. The […]
Read More

The Pancreatic Standard of Care is No Longer So Standard

20. 4. 21 ladmin
When doctors diagnose patients with pancreatic cancer, how do they decide which therapy to pursue? Are there standard protocols or guidelines that every doctor follows? Yes and no. For many diseases, including cancer, an expert panel of doctors gets together to agree upon drugs and therapies that should be used to treat the illness, based […]
Read More

19. 4. 21 ladmin
With an overall survival rate of 9% for those diagnosed, pancreatic cancer remains exceedingly difficult to treat. However, the patient’s primary tumor typically isn’t what leads to death – it is the cancer’s ability to evade detection and metastasize to other organs. A team of researchers at the OU College of Medicine has published a […]
Read More

10. 4. 21 ladmin
The early results showed that voruciclib led to a rapid decrease in the phosphorylation of proteins that promote MYC transcription and quickly decreases phosphorylation of MYC protein on Serine 62 (Ser62), which is a site implicated in stabilizing MYC in KRAS-mutant cancers. Treatment with voruciclib, a CDK9 inhibitor, as a monotherapy or in combination with […]
Read More

10. 4. 21 ladmin
Giving early-stage pancreatic cancer patients a CD40 immune-stimulating drug helped jumpstart a T cell attack to the notoriously stubborn tumor microenvironment before surgery and other treatments, according to a new study from researchers in the Abramson Cancer Center (ACC) at the University of Pennsylvania. Changing the microenvironment from so-called T cell “poor” to T cell “rich” […]
Read More

10. 4. 21 ladmin
Researchers at The University of Texas MD Anderson Cancer Center have discovered that mutant KRAS and p53, the most frequently mutated genes in pancreatic cancer, interact through the CREB1 protein to promote metastasis and tumor growth. Blocking CREB1 in preclinical models reversed these effects and reduced metastases, suggesting an important new therapeutic target for the […]
Read More

9. 4. 21 ladmin
Wasif Saif, MD, discusses factors to consider when choosing a frontline treatment strategy in pancreatic cancer, highlights the hunt for helpful biomarkers of response to available options, and offers sequencing suggestions. For patients with advanced pancreatic cancer, approved treatment regimens come with a host of factors to consider, as far as how they will be […]
Read More