Checking in With Our Dedicated Labs 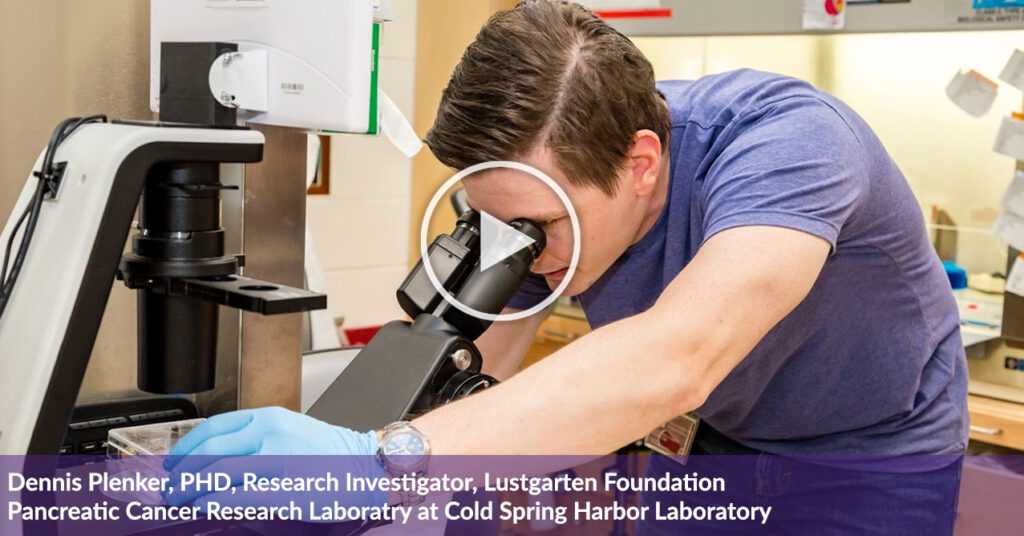 “We worked day and night to move into a new lab and have split our team into shifts,” said Dennis Plenker, a research investigator with CSHL. Today, the lab has found its new rhythm, he said. “We all come in on the same days, masked. In the new space, we can really spread out. Here we have a lot more space. We all feel safe.”

“What we’re trying to do is grow a patient’s cancer in a dish,” he explained. “Ten years ago, it was grown on plastic in dishes filled with red liquid, like you see in the movies. But today we’re working on an organoid, a 3D model of cells that have a structure. The beauty of this is that it’s very efficient so we hope to do this in real time for a patient, to tell a physician how to treat them, in a sort of personalized medicine. What we think, and what we’re seeing, much more closely resembles the tumor’s biology.”

These organoids—what he calls “a patient in a dish”—will allow physicians much quicker decision-making about which drugs are likely to be most effective, rather than immediately going to first-line treatment, he said.

Dr. Brian Wolpin, an oncologist who treats cancer patients, heads a staff of 14 at his clinic at Harvard, seven in the “wet lab” doing traditional lab work with cells, experimental models and patient samples  and seven in the “dry lab” working with data. “The lab had to close for a couple of months, and no one was allowed in, so we worked from home analyzing data,” he said. Like so many of us, the team also held a lot of Zoom meetings.

“We were doing more reading and writing since the wet lab had to be closed down. Today, we have a schedule and people can be quite productive,” he said. Because his lab is “really linked strongly to the clinic, all biopsies and blood draws were stopped, and clinical trials paused for three to four months.” But “in the long run, [the shutdown] will have had a pretty minor effect” he added.

His lab has two main areas of focus, creating personalized medicines and better understanding who’s at risk of developing pancreatic cancer. The ongoing challenge is that pancreatic cancer cells are initially so few and difficult to detect, so “how do you narrow down those patients who need scans and further evaluation?” Then, “how do you best use those scans for diagnosis rather than waiting for a large tumor?” Unlike other kinds of cancer, he added, “there’s no dominant risk factor, no one thing that’s a main risk. What we’re learning is that pancreatic cancer goes from a very small tumor we can’t even see but gets much larger very quickly. That gives us a narrow window” in which to start effective treatment.

So Dr. Wolpin’s work also means looking backward, when possible, at patient’s CT scans for the five years before a pancreatic cancer diagnosis. ”We’re looking for changes that predate the tumor.” In mouse models, some lose fat tissue and skeletal muscle a year or even 18 months before the disease fully presents, he said.

For Dr. Bert Vogelstein, the pandemic bore truly global implications. His lab at Johns Hopkins Cancer Center in Baltimore is working on CancerSEEK, a blood test able to detect the early presence of pancreatic and seven other types of cancer, which depends upon receiving blood samples safely, reliably and promptly from a team in Melbourne, Australia—a distance of 10,201 miles. Something of a logistical challenge! When his lab closed, those bright green plastic boxes filled with precious cargo had to be delivered to a staffer’s home address each week. Dr. Vogelstein is working with Dr. Peter Gibbs and Jeanne Tie of The Walter and Eliza Hall Institute of Medical Research.

“We’re the only ones who can analyze the blood,” Dr. Vogelstein explained. They’re part of a double-blinded controlled study involving 10 to 12 institutions around the Pacific basin, he said. “We hope in a year or two we can have patients treated on the basis of their blood tests.”

His research focuses on three mutations “that occur over a relatively long period of time” finally resulting in pancreatic cancer. “It takes years for that first mutation to occur and to grow abnormally, but even with one million cells, it can’t be detected and one of those will start a second mutation.” And even with 10 million cells, “it’s still not clinically detectable. The problem is the third mutation. So the challenge is to develop tests that get it early as we now can do with colon and breast cancer,” he said. (Dr. Vogelstein’s lab developed a widely used, non-invasive colon cancer detection method, Cologuard.)

“What we’re looking for is evidence of mutations of cancer in the bloodstream, a few molecules in a sea of blood.” The sooner pancreatic cancer is found, the better chance a patient has of being cured, he said. “We’re trying to convince pharmaceutical companies to support this research because it will make their drugs work better. Suppose you could try a drug because you could do a blood test and detect pancreatic cancer before it appears on CT scans and detects symptoms.”

And at MIT, the restrictions imposed suddenly by the pandemic actually produced a surprising and wholly unexpected benefit, said Dr. William A. Freed-Pastor. “We made some really exciting progress,” he said, by working with a computational biologist, someone well-versed in biology and also computer science. “We created a computational pipeline and studied different aspects of the disease that haven’t been studied before. We never had the time to do this pre-COVID.”

Since “we were all stuck at home, we could collaborate by Zoom because the normal limiting thing for us is time. Our bandwidth is normally so stretched that adding anything new like this would have been difficult. Now that model is built and is running data. We’ll be using it for an exploratory analysis for 58 patients in a potential upcoming trial.”

Dr. Freed-Pastor, heartened by the tremendous collaboration and urgency that COVID has added to everyone’s workload, said: “When the need is so pressing and so in front of you—as COVID has been this year—the goal is way bigger than any of us. That mindset? I hope we can keep it up!”