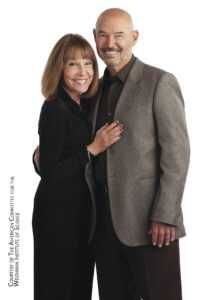 Our hearts are broken at the news of the passing of Lustgarten ally and donor, Stephen Grand of Belvedere, CA. A passionate and insightful philanthropist, as well as a pancreatic cancer patient, Steve was in the unique position of understanding the urgency of moving the research along quickly and the need to invest in the most innovative science with the greatest opportunity to drive real progress. Tomorrow is promised to no one, but Steve’s hope was that through his philanthropy pancreatic patients like himself would someday be promised more time.

The Stephen and Nancy Grand Philanthropic Fund gave a $1.98 million gift to the Lustgarten Foundation in support of the first trial launched in the Robert F. Vizza Lustgarten Clinical Accelerator Initiative (CAI). The CAI is a novel program implementing a Lustgarten-developed process to quickly initiate smarter clinical trials using cutting-edge biomarkers. The trial design generates large volumes of data, so even if a trial fails, the data will inform and improve future trials, expediting new treatments.

The trial Steve chose to fund, Plerixafor and Cemiplimab in Metastatic Pancreatic Cancer, is based on a discovery made by Douglas Fearon, MD. A Lustgarten-funded, Distinguished Scholar and world-renown immunologist who studied HIV before cancer, Dr. Fearon hypothesized using the compound plerixafor—originally developed to fight HIV but more recently promising as an anti-cancer agent—would be effective in blocking the signals that keep immune cells out of pancreatic tumors. Following his work in the mouse model and a successful phase I clinical trial showing plerixafor was safe, this phase II study combines plerixafor to activate a patient’s own tumor-killing T cells with the PD-L1 inhibitor cemiplimab, to overcome the resistance of pancreatic cancer to immunotherapy. This trial may be a pivotal step toward more promising immunotherapy treatment options for pancreatic cancer patients. The first patient was put on the trial on November 16 and there are now four patients on the study.

Having corresponded with the Grands about the trial just last week, we were shocked and saddened to learn Steve had died on Sunday, March 21. While there has been so much momentum and progress in this disease in recent years, we stand to lose 48,220 Americans this year to pancreatic cancer. These are our treasured fathers, mothers, husbands, wives, sons, daughters, friends, colleagues and supporters. In honor of Steve and the other 48,219 souls, we must keep investing in clinical trials; each one will bring us closer to an effective therapy and, one day, a cure.

As much as Stephen admired the Lustgarten Foundation, we admired him even more. His wit and intelligence were only outweighed by his kind warmth, true gentleness and generous spirit.

We send our deepest condolences to his wife, Nancy, children Lauren and Russell Madden, their extended family and to his close advisor Berta Strulovici, PhD. May his memory be a blessing to all who knew him